You are here: Home / All / Quartz, Mechanical, Atomic & Connected – How Watches Keep Time

Watches have been keeping us on time since the 15th century, and have naturally undergone many changes since their inception. From simple pocket watches of the 1600s to advanced analog timepieces of the 19th and 20th centuries to the ultra-connected minicomputers that so many wear today, watch technologies have shifted with the times, incorporating new features and functions in every era.

At the heart of each ticking watch is the system by which it powers all of its time-keeping functions: its movement. Separated into mechanical, quartz, atomic and connected categories, each type of movement has its own character — a specific set of mechanisms that make it run like, well, clockwork. Read on for an in-depth look at each of these unique systems. 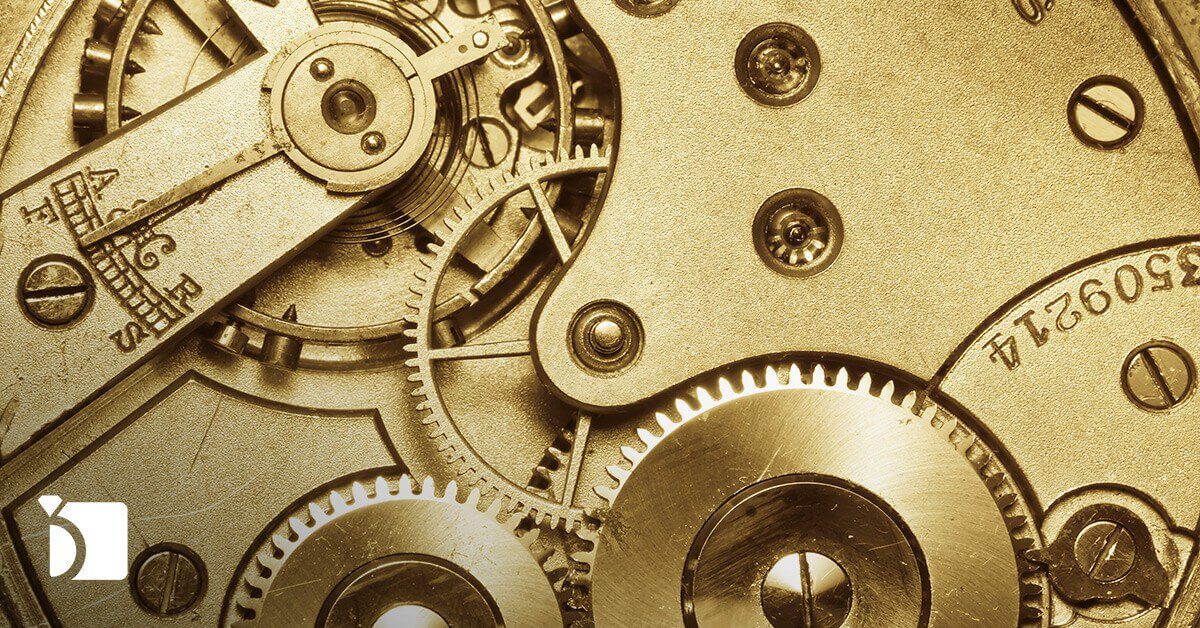 The oldest of the movement technologies, mechanical movements get their power from a tightly coiled mainspring. As this spring unwinds, it sets off a series of tiny gears and components that temper the coil’s release in rhythmic, one-second intervals.

Though new movement technologies have emerged over the years, they haven’t rendered mechanical movements obsolete. In fact, some of the most expensive watches on the market today utilize manual and automatic movements. The craftsmanship and precision required to create a seamless mechanical movement is hard to come by, and those who purchase such watches generally hold a deep appreciation for the skill of mechanical watchmaking. For true watch aficionados, there’s no movement more satisfying than a mechanical one.

Quartz watches are traditionally battery-operated, and get their name from a small quartz crystal that vibrates when exposed to the battery’s electric current. This vibration is what sets the gears of the watch in motion. Newer quartz watches use solar power instead of watch batteries to power their movements.

Quartz watches are exceedingly accurate at timekeeping and are much cheaper than their mechanical counterparts.

A subset of quartz movement watches, atomic watches are the most accurate timepieces available. They use a low-frequency radio signal to sync at least once per day with the nearest atomic clock. For U.S. watch-wearers, this clock is located in Ft. Collins, CO.

Initially, atomic watches could only display the time that appeared on your local atomic clock — meaning that if you were on the East Coast, your watch would still display Western time, and if you traveled to Europe, your watch would stop working since the U.S. clock was out of range. Newer models, however, come equipped with GPS to automatically sync to the correct time zone via satellite, or the closest atomic clock, wherever you go.

Atomic watches use quartz movements — either battery or solar-powered — to carry out their functions, but they don’t require any manual resets since they reset automatically every day. Atomic watch faces can appear in the traditional style with ticking hands, or as a digital watch with an LCD number display.

In the newest evolution of watches, timekeeping is just one of many functions that you can access on your wrist. Smart watches connect to the internet (usually via a personal hotspot on your cell phone) to run apps, send texts, take photos, count steps and more. Because this watch is essentially a minicomputer, it doesn’t technically qualify as a “movement” per se, but it certainly reflects movement into the future as the newest advancement in watch technology.

For care, maintenance and/or repair of your manual, automatic, standard quartz or atomic watch, visit My Jewelry Repair. Our experts are trained in handling all different types of watch movements, and will work quickly and efficiently to restore your watch to fighting shape. Check out our homepage for more information, or fill out our online submission form to get started.