You are here: Home / All / Mourning Jewelry

Remembering The Dearly Departed Through Jewelry 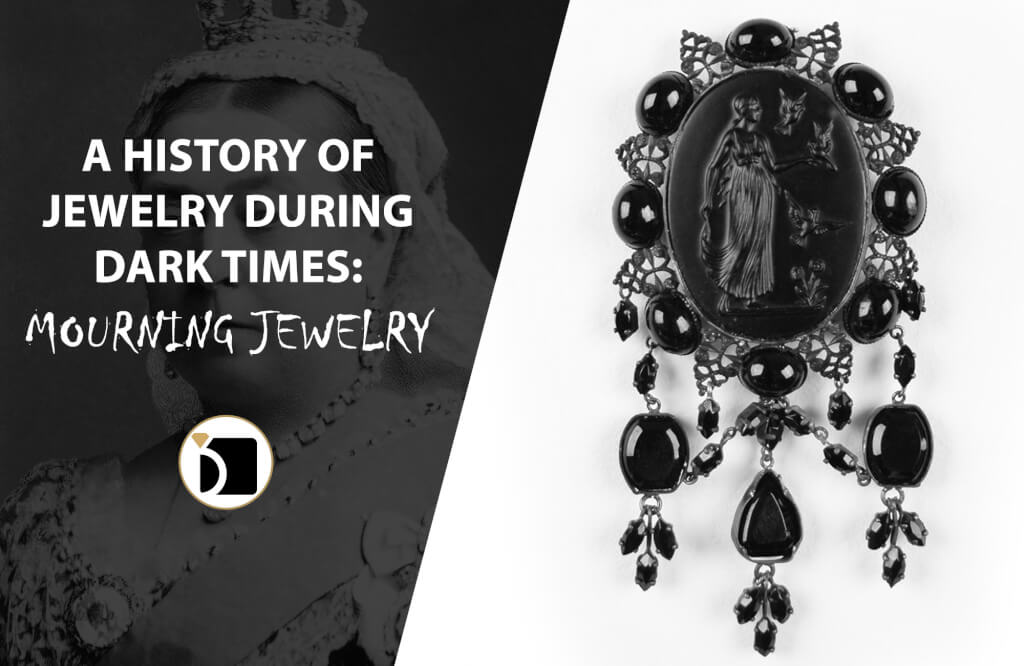 What is Mourning Jewelry?

Black enamel was the hallmark of most mourning jewelry items, although other dark materials were also used such as dark tortoise shell or jet, and some even included a lock of hair from the deceased. White enamel was also used when the deceased was an unmarried woman or a child. 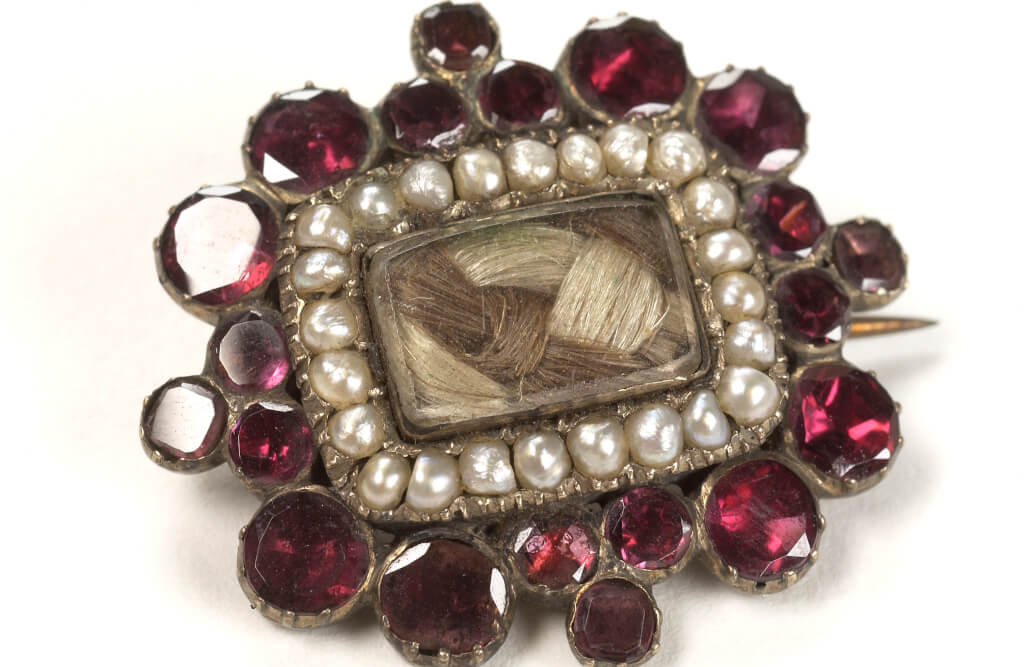 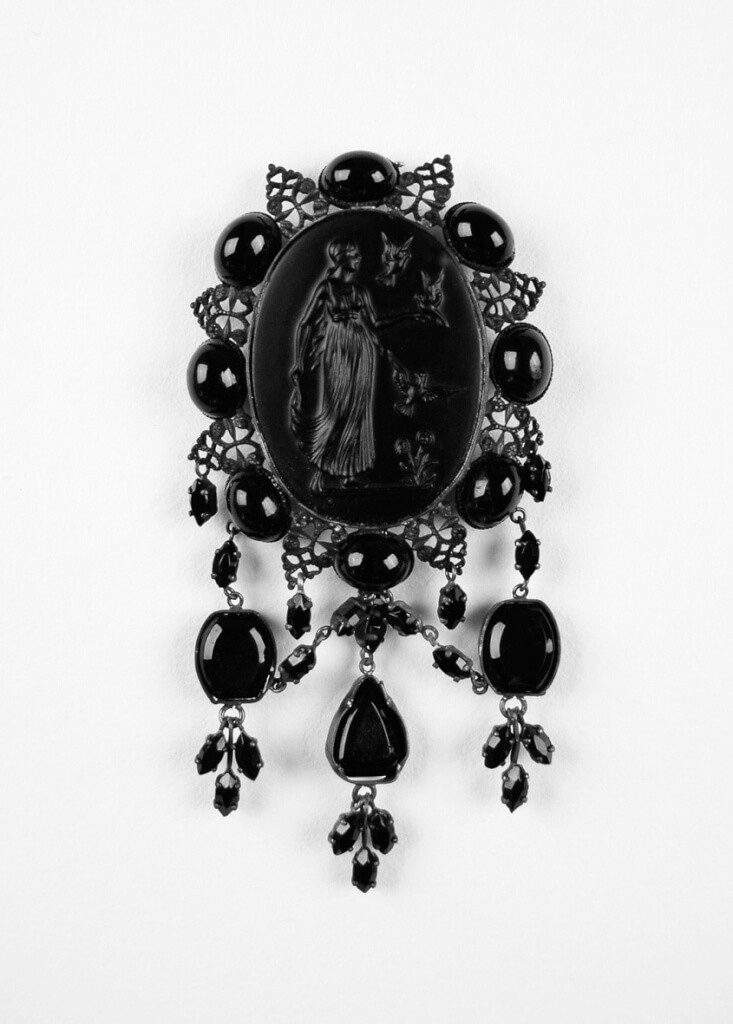 Mourning jewelry was prominent in the Georgian era which is the period of 1714 to 1830, this era was named after the 4 kings of England, George l, George ll, George, lll, and George lV. Mourning jewelry during this period was somewhat macabre and often had depictions of coffins, grave-digging tools, and skulls.

Mourning jewelry was also prominent in the Victorian era which was the period of Queen Victoria’s reign from 1837 to 1901, and became less macabre with depictions of clouds, weeping willows, angels, and urns. Some pieces had phrases like “in memory of” or “lost but not forgotten”. Mourning jewelry became more popular than ever when Queen Victoria lost her husband and the love of her life Prince Albert in 1861. She went into mourning for a period of forty years. The entire late Victorian era has been described as “The Cult of Mourning”. 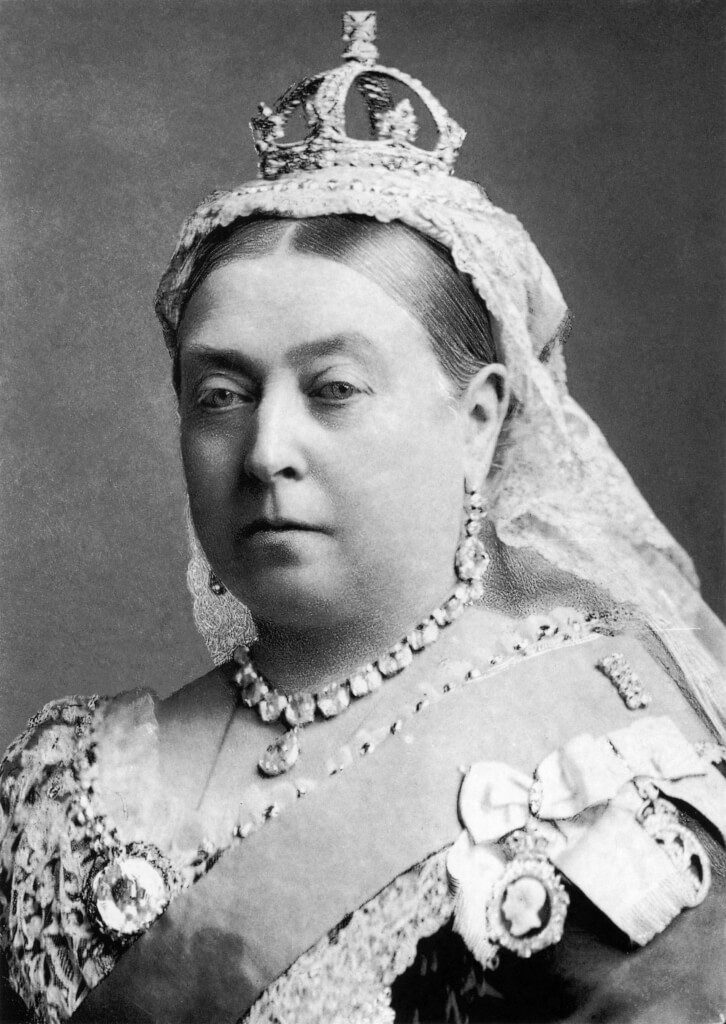 Many believe that mourning jewelry became less prominent as photography became more available and an easier method of remembering those we have lost but not forgotten.