You are here: Home / All / Beyond Antique: The Oldest Jewelry In The World

What is it about humans and self-adornment? While today’s obsession with glittery gems and baubles is obvious, it might come as a surprise that humans have been making jewelry since the Stone Age. In fact, the earliest pieces of jewelry discovered coincide with man’s transition from nomadic roamer to settled villager, roughly 100,000 years ago. What the exact relationship between these factors is, we can’t say, but it’s safe to assume that the introduction of jewelry into our collective history reflects a significant shift in human consciousness. 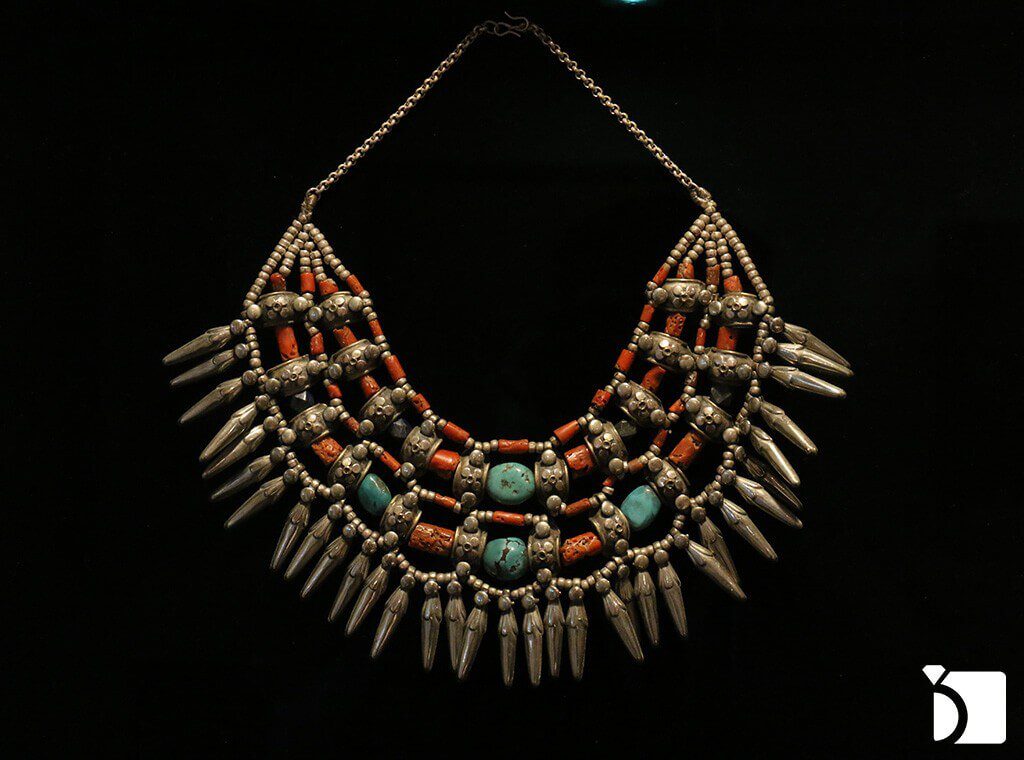 By examining early jewelry, its materials and uses, we can learn a lot about our ancestors and the evolutionary steps that made us who we are today.

Here’s a look at five of the oldest pieces of jewelry that archaeologists have found so far.

Neanderthals predated homo sapiens by 100,000 years, and coexisted with them for another 300,000 years until their eventual disappearance. Until recently, scientists and researchers had assumed that their species was incapable of the sophisticated, symbolic thinking ascribed to their more intelligent human relatives. That assumption was challenged in 2013, when evidence of a necklace or bracelet made from eagle talons surfaced in a Neanderthal cave in Croatia.

The discovery of this jewelry challenged long-held beliefs about Neanderthal cognition in two ways: First, it indicated that they were capable of ascribing value to adornment and aesthetics. Second, their ability to kill and de-talon enough eagles — a rare and vicious species — to make this jewelry reflected an advanced, strategic approach to hunting. Because of this discovery, scientists are reconsidering certain concrete distinctions made between homo sapiens and our Neanderthal predecessors. Who knew that a piece of jewelry could revolutionize the way we understand the evolution of our species?

Before the discovery of the Neanderthal talons, these shell beads were considered the earliest example of jewelry in human history. Found throughout Northern Africa, the earliest of these small shells beads were found in Israel and date back to roughly 100,000 ago. Their discovery not only indicates the presence of cultural values among Paleolithic peoples (personal decoration is, at its core, a form of social communication), but it also suggests early instances of trade, since these beads were made from sea snails — and the closest ocean was nearly 200 km away. Other collections of Nassarius beads have been found everywhere from modern-day Algeria to South Africa. One can only assume that ideas, values, customs and languages were shared and traded along with such baubles.

Archaeologists found this remarkable, deep-green chlorite bracelet among several remains in a Siberian cave. Its existence is exceptional not only because of its advanced construction, but also due to the fact that it was created by the Denisovans — an extinct species of human older and genetically separate from Neanderthals and homo sapiens. Unearthed alongside the bracelet were the skeleton of a wooly mammoth and the remains of a seven year-old girl. Experts conclude that this piece of jewelry must have carried sacred or ceremonial significance, proving yet again that homo sapiens were not the first species to assign symbolic meaning to objects, or to hold spiritual beliefs.

Made from hard ostrich eggs, these donut-shaped beads — unearthed throughout the eastern coast of Africa — date back to roughly 40,000 years ago, though there is some dispute over their age. Plentiful and remarkably uniform in size and shape, they demonstrate the presence of advanced conceptual thought, sophisticated design sense and intricate dexterity in their early human creators. Like other early pieces of jewelry, they also indicate social value, aesthetic appreciation and potentially the concept of status and self-image among our ancestors.

While there have been other jewelry discoveries between the ostrich egg beads and this golden trinket, this one is remarkable because it is the earliest example of gold jewelry ever discovered, predating the extravagant Varna Gold site by 100–500 years. Like the burial site at Varna, this piece was discovered in modern-day Bulgaria, indicating that the region was the first to mine and shape gold into ornamental pieces. If this bead is indicative of the technologies of the time, it’s quite impressive how these ancient peoples were able to evolve their goldmaking techniques over the course of a small number of centuries; the gold pieces found at Varna were much more complex, intricate and representational than this small, simple bead made a few years before.

The presence of these early jewelry artifacts shows just how connected we humans are to the art of personal adornment. Our attraction to beautiful, decorative jewelry goes beyond the superficial — it’s as primal and deeply rooted as culture itself. Whether used as a symbol of power and strength, communication and worldliness or connection to the divine, jewelry will always have a place in our hearts and on our bodies.

If you have jewelry that you’d like to keep for years to come, My Jewelry Repair can help. Whether fixing a vintage timepiece, replacing gemstones, or simply cleaning and polishing up your favorite necklaces, rings, bracelets or earrings, our team of jewelry repair specialists can restore your treasured pieces to their full, shining glory.