You are here: Home / All / The Largest Gold Nuggets Ever 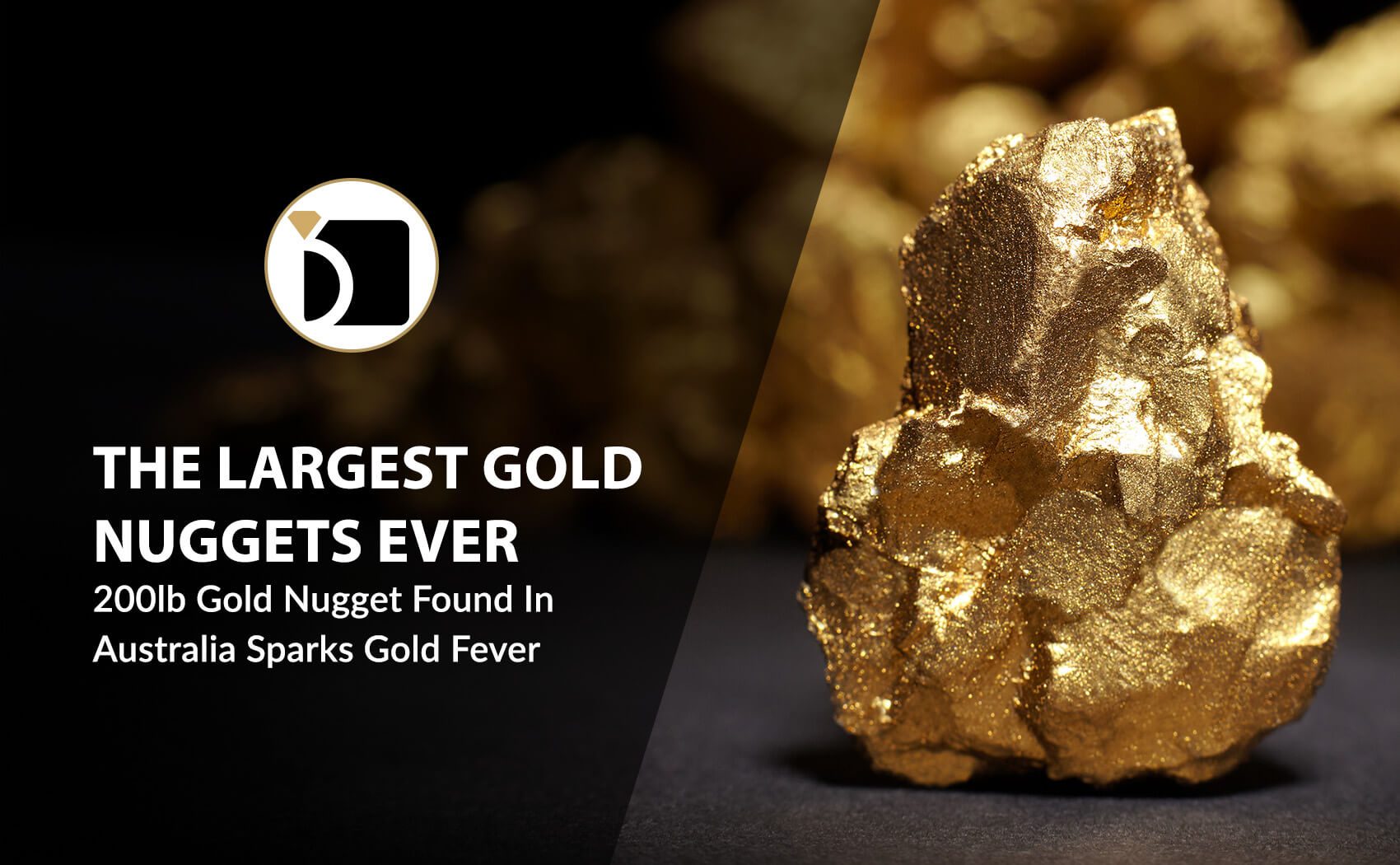 As impressive as it is, gold nugget pictured is not among them!

Gold fever has struck in Australia, the Beta Hunt Mine had an amazing discovery of a huge gold deposit. Two large stones were removed from the mine, one of the stones weighing around 200 pounds and estimated to contain about 2440 ounces of gold, and the other large stone weighing around 140 pounds and estimated to contain another 1620 ounces of gold. The single cut in the mine produced about 9250 ounces of gold worth almost 11 million dollars. This is not a typical find, in fact most gold mined today is in the form of small flakes and nuggets, some so small a microscope is needed.

The definition of a gold nugget is a naturally occurring piece of native gold, and most nuggets are 85% to 95% pure gold, but the remainder can be one of several kinds of minerals.

The Other Massive Gold Nuggets 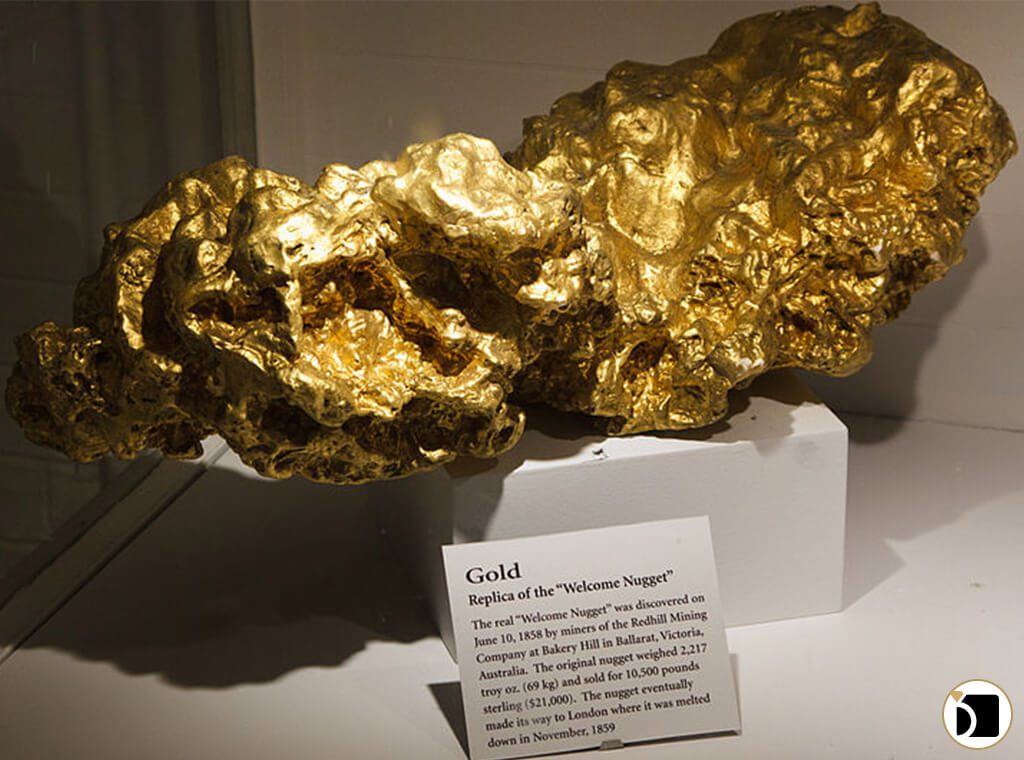 One of the most famous nuggets ever mined is the “Welcome Stranger” mined in Australia in 1869 weighing over 145 pounds. This nugget was so large that at the time of the discovery, there were no scales capable of weighing a nugget that large, so it was broken into 3 pieces on an anvil by a blacksmith. 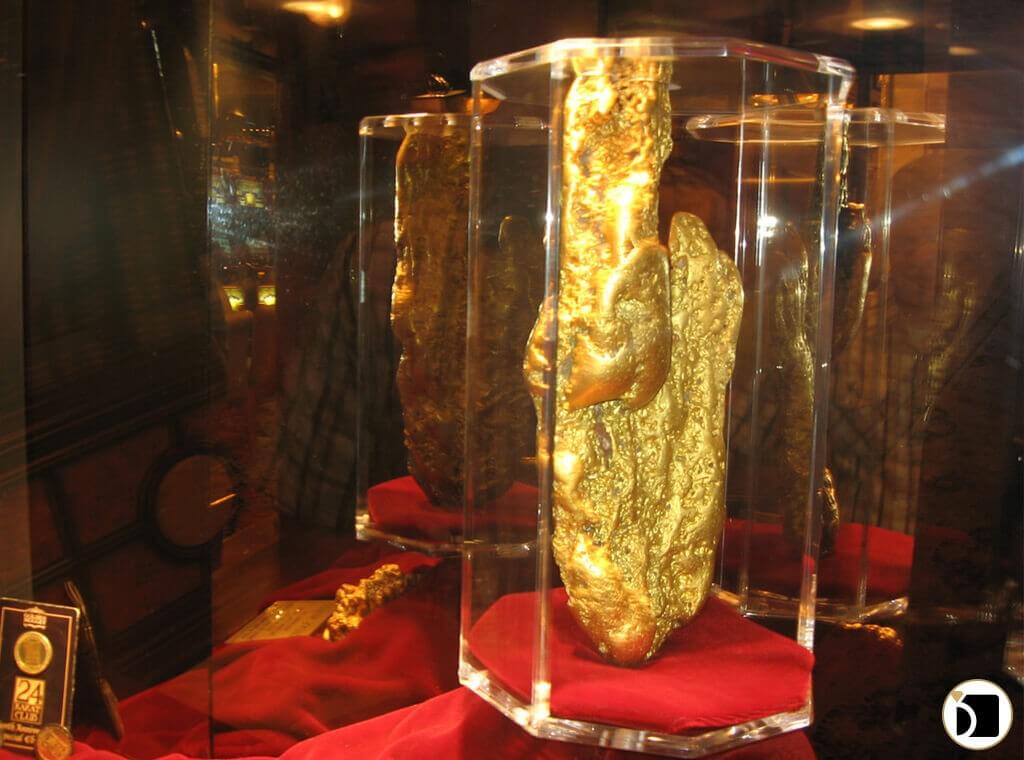 Hands of Faith, mined in Australia in 1980 weighing 27.66 kgs (over 60 lbs.) and containing 875 troy ounces of gold on display in the Golden Nugget Casino in Las Vegas, Nevada. 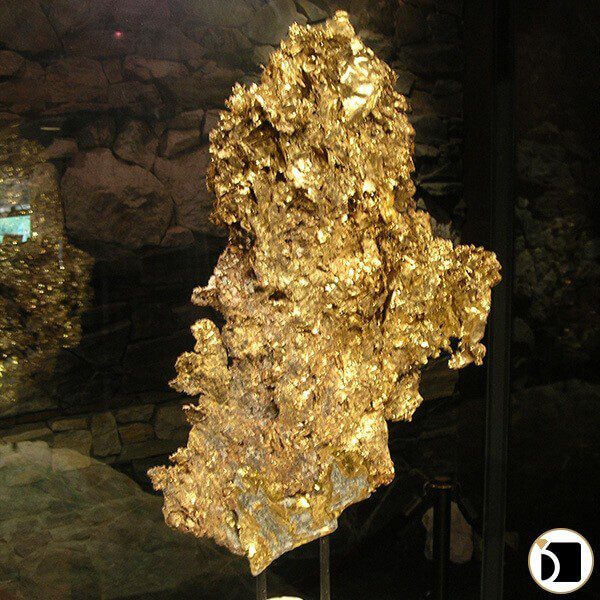 Ironstone’s “Crown Jewel”, mined in California 1992 weighing 16.4 kgs (over 36 lbs.) on display in the a heritage museum at the Ironstone Vineyards in Murphy’s, California.

Since we are on the topic of gold, please keep in mind that MyJewelryRepair.com can professionally clean and polish or repair if needed your gold jewelry and watches.