You are here: Home / All / The Omega Speedmaster: The Tale of The First Watch on the Moon

The First Watch on the Moon

The 50th Anniversary of the Apollo 11 mission was this past weekend. It is a great moment to celebrate a great deal of things from that monumental event. As we stem from the jewelry and watch industry, we thought we would do our part and take the time to honor the first ever watch on the moon, the Omega Speedmaster.

The Speedmaster first came out in 1957, but truly became renown in 1965, when NASA qualified it for its missions. This was explored in great detail in Marco Richon’s book: Omega: A Journey Through Time. According to a lot of media from the day, and Omega themselves, a number of chronograph watches were purchased from a local jeweler in Houston to evaluate for use in the Gemini and Apollo programs, of which only Omega passed. But in actuality, according to Richon, bids were officially solicited of several brands already familiar to the pilots. The brands who were under official consideration included: Breitling, Rolex, Longines, Hamilton, and of course Omega. An engineer responsible for Apollo flight hardware testing later confirmed that this was in fact the case. 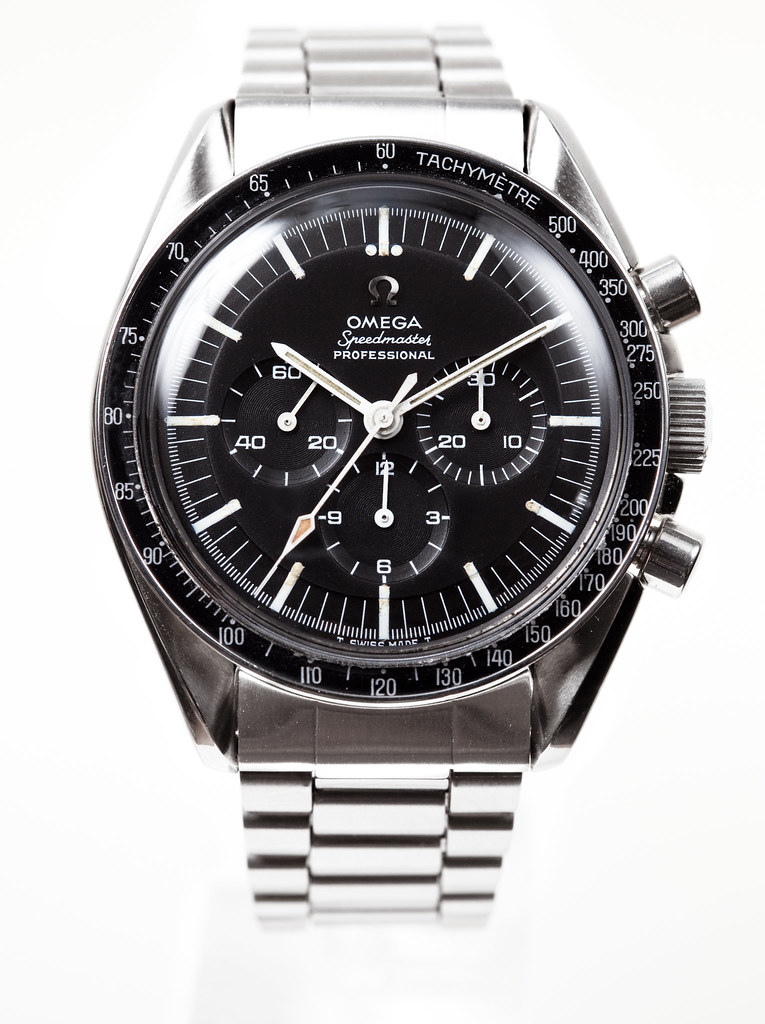 Regardless of any media spin, the timepieces still had to pass tests under extreme conditions. All chronographs in these tests were hand-wound models, as the first automatic chronograph and the first quartz watch would not be available until a good time after the space program was well underway. Again we refer to Richon for this breakdown:

In March 1965, the Omega Speedmaster emerged the victor.

The first officially qualified Speedmasters were worn on Gemini 3 by Gus Grissom and John Young. On Gemini 4, Ed White made the first American space walk with the Speedmaster strapped to the outside left sleeve on the space suit. Images from this spacewalk would be widely used by Omega’s marketing team for years. All subsequent Gemini crews were issued Speedmasters until the program ended in 1967.

The Speedmaster would then return during the Apollo program, and be used throughout all of it's missions.

On July 16th 1969, Apollo 11 launched from Kennedy Space Center, and would land the Apollo Lunar Module Eagle on July 20th 1969. Neil Armstrong would become the first person to step on the moon and utter the famous words “That’s one small step for man, one giant leap for mankind.”

However, Neil Armstrong’s Speedmaster would not be the first watch on the moon, as that honor would go to Buzz Aldrin’s 105.012. Neil left his watch inside the lunar module, as the module’s electronic timer had malfunctioned, and decided to leave his Speedmaster as a backup.

In his 1973 book, Return to Earth, Buzz Aldrin talks about bringing his watch:

"It was optional to wear while we were walking on the surface of the Moon ... few things are less necessary when walking around on the Moon than knowing what time it is in Houston, Texas. Nonetheless, being a watch guy, I decided to strap the Speedmaster onto my right wrist around the outside of my bulky spacesuit” 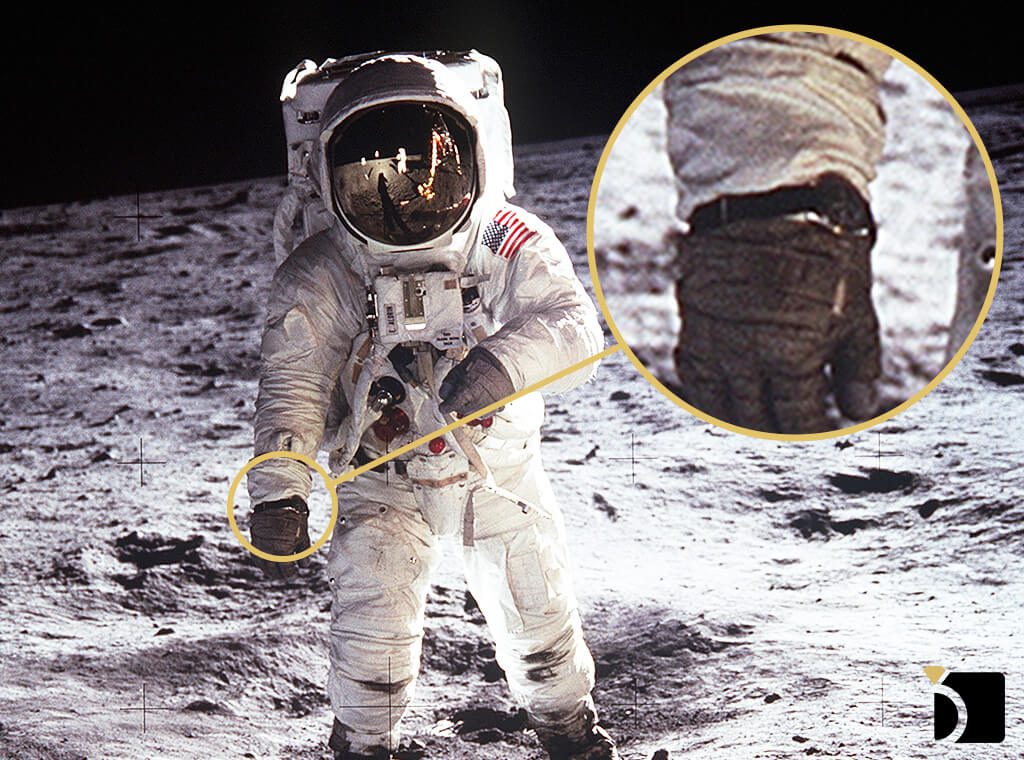 Apollo 11 would leave the moon and make it home safely, but would leave behind the flag and a lunar plaque with the inspiring quote:

“Here men from the planet Earth first set foot upon the Moon July 1969, A.D. We came in peace for all mankind.”

Omega Speedmaster 105.012 and 145.012 would become the historic models. These two models were the first two watches worn on the Moon by the Apollo Astronauts, the original “moonwatches”

The Omega Speedmaster was equipped for all six lunar landings after that first mission, and as such reinforced its Moonwatch nickname. One of the more notable uses of the Speedmaster during the Apollo missions occurred in 1970, when Apollo 13 was crippled by the rupture of a module oxygen tank, and Jack Swiger’s Speedmaster was used to time a critical 14-second burn during a descent that allowed the crew’s safe return. This event earned Omega a Snoopy Award by the astronauts in recognition.

Future installations of the specific model used in these missions would later be named Omega Speedmaster Moonwatches, and would include the inscription “The First Watch Worn on the Moon.”

Omega would go on to experiment and evolve the Speedmaster line, with variations like the Mark II, Racing, and Spacemaster line. But none to date have had the prestige and historical importance of the Moonwatch line, which has remained one of the few watches qualified for spaceflight.

Sadly, Buzz Aldrin’s 105.012 Speedmaster was lost en route to the Smithsonian, while Armstrong’s is now in the National Air and Space Museum. It is consistently maintained by Omega, who flies out it’s best to maintain the legendary timepiece.

Richon, Marco (2007), Omega: A Journey Through Time
Aldrin, Buzz (1973). Return To Earth
The Watches That Went to the Moon by Rebecca Maksel, Air & Space Magazine