You are here: Home / All / “Cursed” Jewelry: A Look at Pieces With Dark Histories

A Look at 3 Pieces With Dark Histories

We all know that exceptional jewelry and gemstones hold value that measures beyond their weight in gold. Passed through generations among royals, nobles and other VIPs of the past, certain pieces of jewelry carry historical significance and serve as a testament to the lives of their owners. While some of the stories that these pieces accumulate are triumphant, romantic or heroic, others tell a different tale. Today, we’re talking about the baubles that speak to the spookier side of life: curses, hauntings and all-around bad vibes are on the table. Here are our top three picks for history’s creepiest jewels. 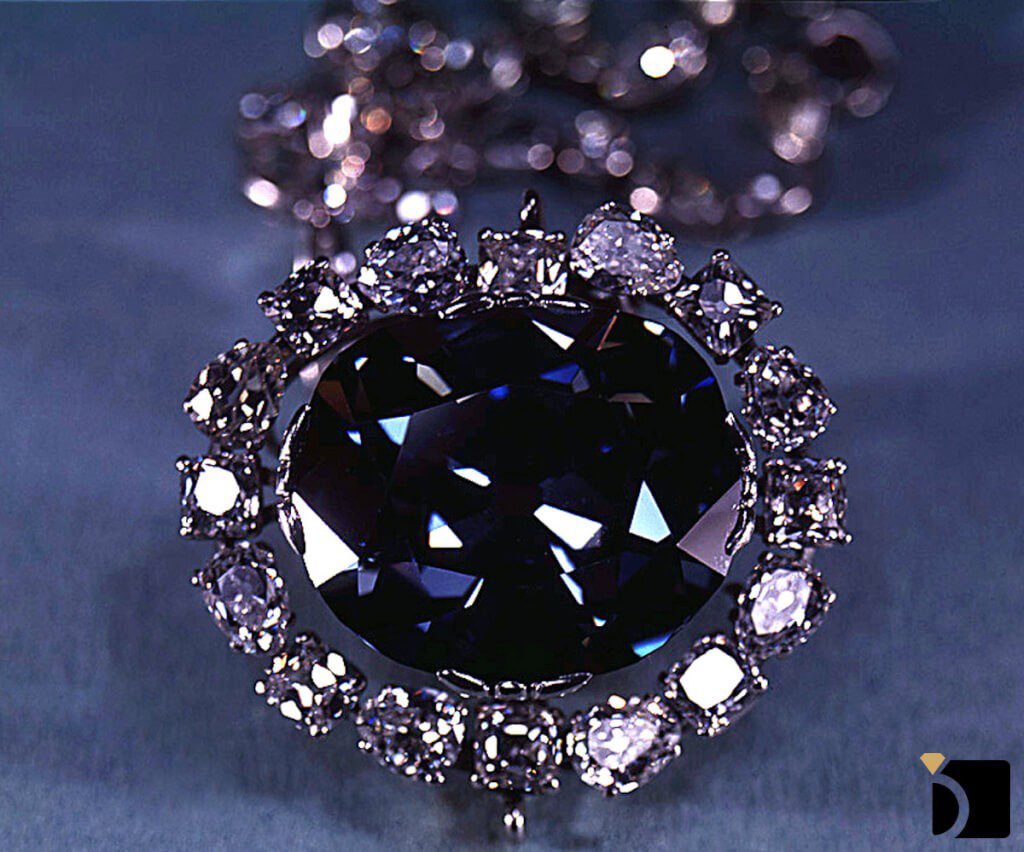 This sparkling blue gem holds a long and storied history that pre-dates its moniker by hundreds of years. Currently on display in the Smithsonian Institute’s Museum of Natural History, the 45-carat stone was originally over twice its current size, having been cut down over the centuries to align with shifting trends in jewelry design.

Aside from its astonishing size and brilliant color, the diamond holds another captivating point of intrigue: It allegedly possesses a powerful curse. Legend states that the diamond, which was smuggled from a cave in South West India in 1642, was actually plucked from the crown (or eye, depending on the account) of a Hindu idol. In retribution for its theft, the stone is said to bring ruin and death to any who acquire it.

Throughout history, dozens of casualties have been cited as proof of its sinister properties. The French merchant who brought the diamond to Europe, Jean-Baptiste Tavernier, suffered a gruesome death by a pack of wild dogs. Louis XIV, who purchased the gem from Tavernier, died from gangrene — not unusual at the time, but made eerier by the eventual beheading of his grandson Louis XVI and his wife Marie Antoinette during the French Revolution. Both Louis XVI and his young bride were said to have worn the stone — which they called the “French Blue” — on a number of occasions.

As the diamond passed through many hands in the wake of the French Revolution, so did tales of murder, suicide, misery and generally violent deaths attributed to its acquisition. By the time wealthy Washington, D.C., socialite Evalyn Walsh McLean purchased it in 1910, the former “French Blue” had been reduced to its current size and renamed the “Hope Diamond.” Legends of its dark powers were well known by then, and most historians agree that the widespread dissemination of these tales can be attributed to a newspaper campaign led by Cartier, who wanted to drum up interest in the stone for wealthy buyers. Apparently, it worked; McLean bought the diamond from Cartier for $180,000 — an enormous sum at the time (for reference, the Hope Diamond is now valued at $250 million).

Whether the “curse” was a PR stunt or not, McLean’s life was marked by financial instability, scandal and the death of many loved ones. After McLean’s death, Harry Winston purchased her jewelry collection and eventually sold the stone to the Smithsonian, where it resides today.

Named for the winged seahorse-like creature it portrays, this remarkable solid gold brooch was one of the treasures controversially unearthed in the Lydian Hoard (aka the Harun Treasure). The discovery of this collection of artifacts set off a series of events that sounds straight out of a Hollywood caper.

In the mid-60s, three thieves uncovered the 2,500-year-old treasures in Turkey and quickly sold them to smugglers. A contentious legal battle ensued when Turkish officials discovered that the Metropolitan Museum of Art had acquired the stolen artifacts. The Turkish government won back their treasures, and they were brought to rest in the Usak Museum of Archaeology in Western Turkey. However, matters were further complicated by the discovery that the Hippocamp Brooch — considered the star of the collection — was a fake.

It turns out that the Usak Museum’s director had hocked the original brooch and several other treasures during its transit from New York, replacing it with a fake to pay off gambling debts. Eventually, the original pieces were recovered, and the director spent 13 years in prison for his bad judgment. His explanation: The treasure’s “curse” had brought about his misfortune.

As for the original thieves? They’re said to have all suffered tragic fates.

One lost all three of his sons before becoming paralyzed and passing away. (One son was murdered, while the other two died in separate car accidents.) Another thief underwent a nasty divorce, and then lost his son to suicide. The third went insane, perpetually repeating stories of the time that he stole the treasure.

Whether these accounts are fact or legend, it’s safe to say that the treasures are best left alone at this point.

This large, polished “ruby” now rests peacefully in the crown jewels of the British monarchy, but it took centuries of bloody royal history to get there. Unearthed in modern-day Tajikistan, the egg-sized stone is actually a spinel, not a ruby, but was discovered before the distinction existed.

It was first documented as a possession of the Moorish Prince Mohammed of Granada in the 14th century. Mohammed was deposed by his brother-in-law, who was then killed by Don Pedro the Cruel of Seville. Don Pedro seized the ruby along with the remaining royal jewels in 1366. This seizure set off a bloody royal succession for the stone, which passed through the hands of multiple royals from Spain, to France, to England, to Scotland. Some of the most recognizable monarchs to have interacted with the stone include:

As the turmoil of the British monarchy calmed down, so did the stone’s association with bad luck. Today, it resides in the Imperial State Crown, worn by Queen Elizabeth during the annual State Opening of Parliament ceremony — a rather benign affair for a stone with such a storied history.

But the Black Prince’s Ruby and its legends live on. Only time will tell what’s in store for this remarkable stone. 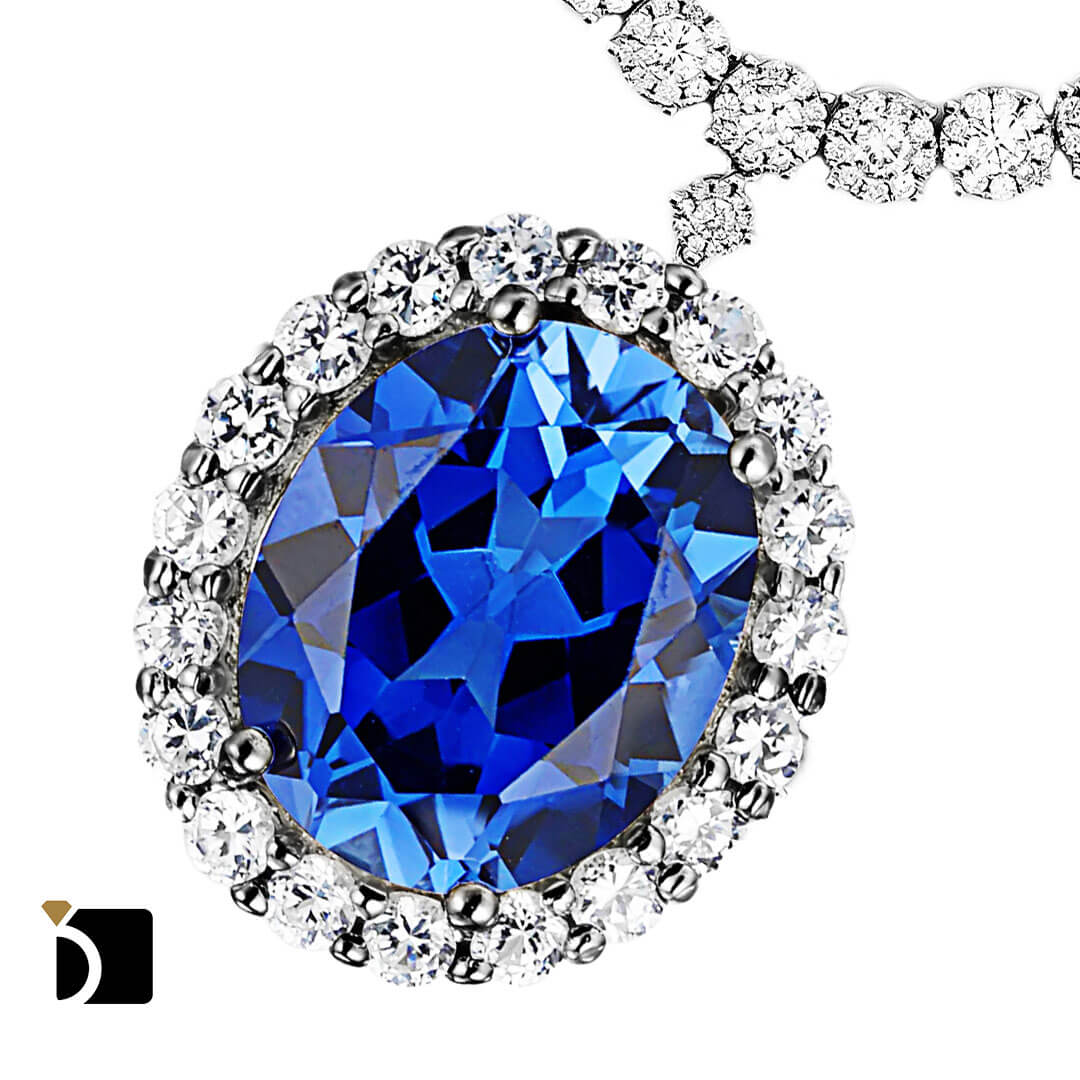 Though we’re not in the business of lifting curses, My Jewelry Repair can clean, polish, restore and repair your favorite pieces of jewelry. Our experts are trained in handling all different metals and gems, and will delicately care for your valuables, new or old. Check out our homepage for more information, or fill out our online submission form to get started.