You are here: Home / All / Central and South America – History of Jewelry Around the World

Ancient cultures living and creating jewelry in Peru, Columbia, Venezuela, and Ecuador (a region that resides next to the northern Andes) achieved an extremely high level of craftsmanship and evolved artistically when it came to jewelry making and accessory sporting.

Gold was abundant in this region and the level of art achieved by the best goldsmiths was understandably miraculous, and gold was worked on in conjunction with silver, copper, and other precious metals.

Oldest surviving jewelry creations and evidence of metalworking date as far back as 1000 BCE. The Moche culture (circa 400 BCE – 500 CE) as well as the Nazca culture produced gold ornamentation that exhibited the highest technical quality — both cultures thriving in Peru. 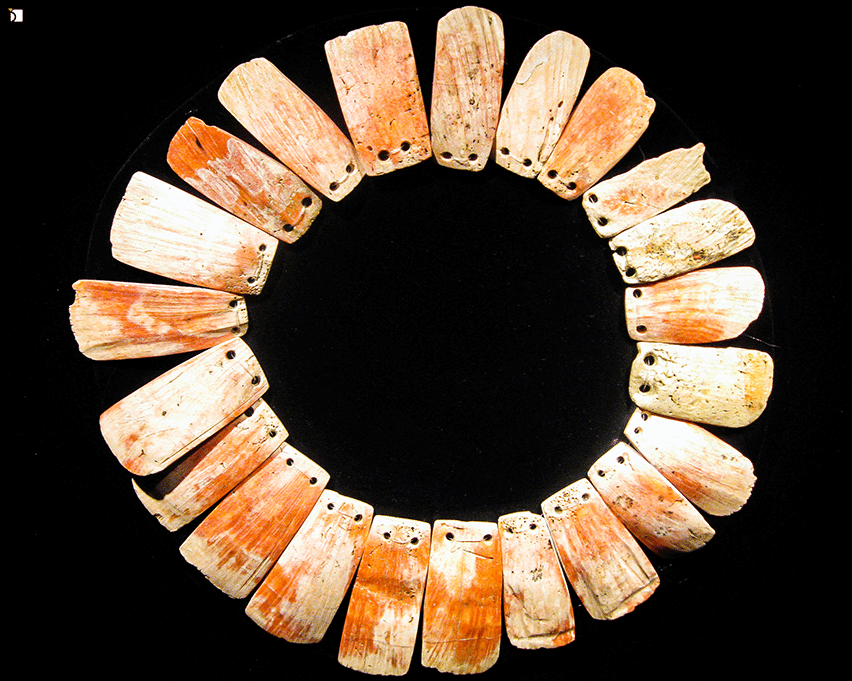 Spanish explorers reached the region in the 16th century and were attracted to the wealth and magnificence of the Inca empire, which flourished at the time.

It is quite unfortunate that Spanish conquistadors melted down much of the gold objects they found. However, many examples have been retrieved, many of which have been found in graves. These graveyard findings tell us a little something about cultural centers of the era that produced distinctly local styles.

First, Colombia had the richest gold deposits — they are still productive to this day. The San Augustin zone happens to be the oldest, while the “Quimbaya Treasure” as well as artifacts found along the upper Cauca River represent the most magnificent.

Distinct regions within Columbia became known for breastplates, brooches, even tiaras. The Coclé region of Panama was specifically known for visually striking jewelry pieces made of gold and set with precious gemstones — emeralds, jaspers, opals, agates, and green serpentines. 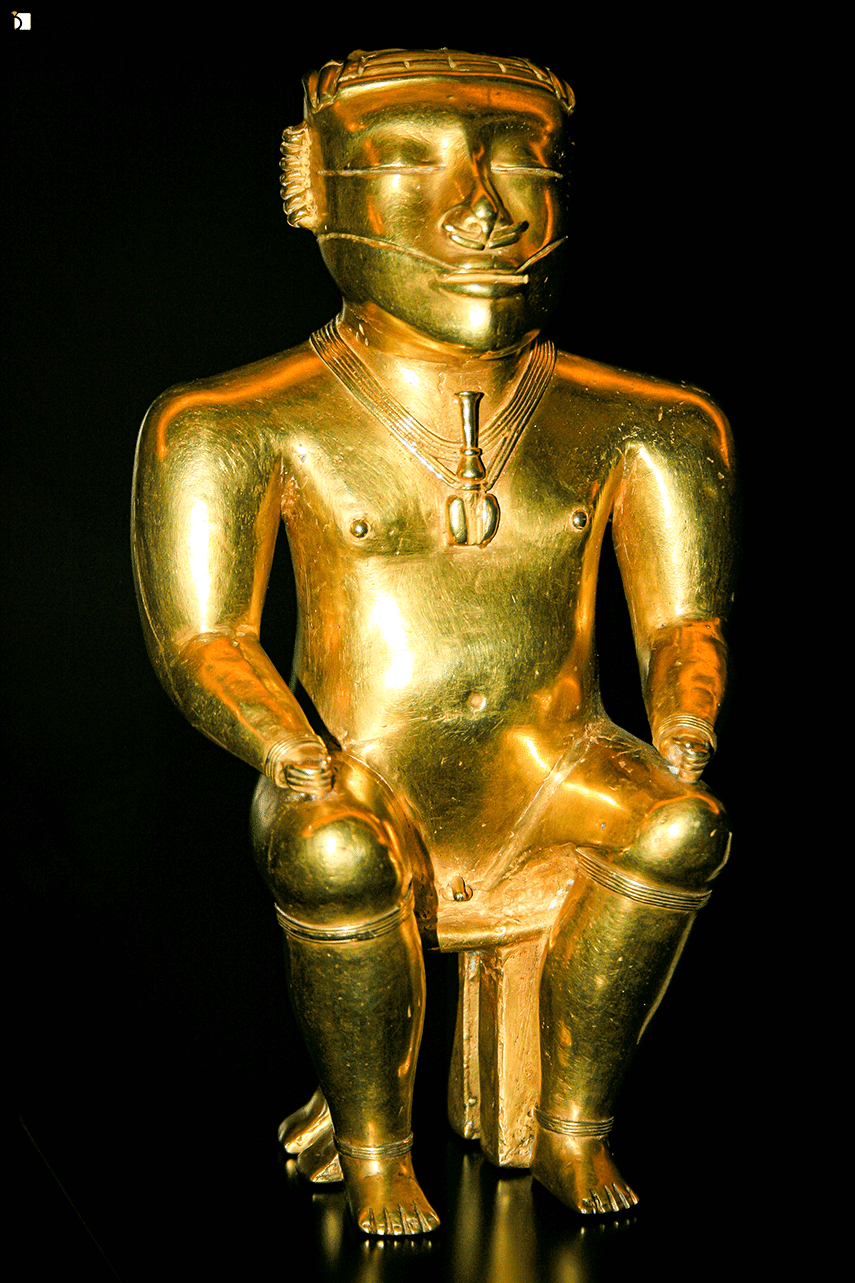 Golden Statuette From The "Quimbaya Treasure"² 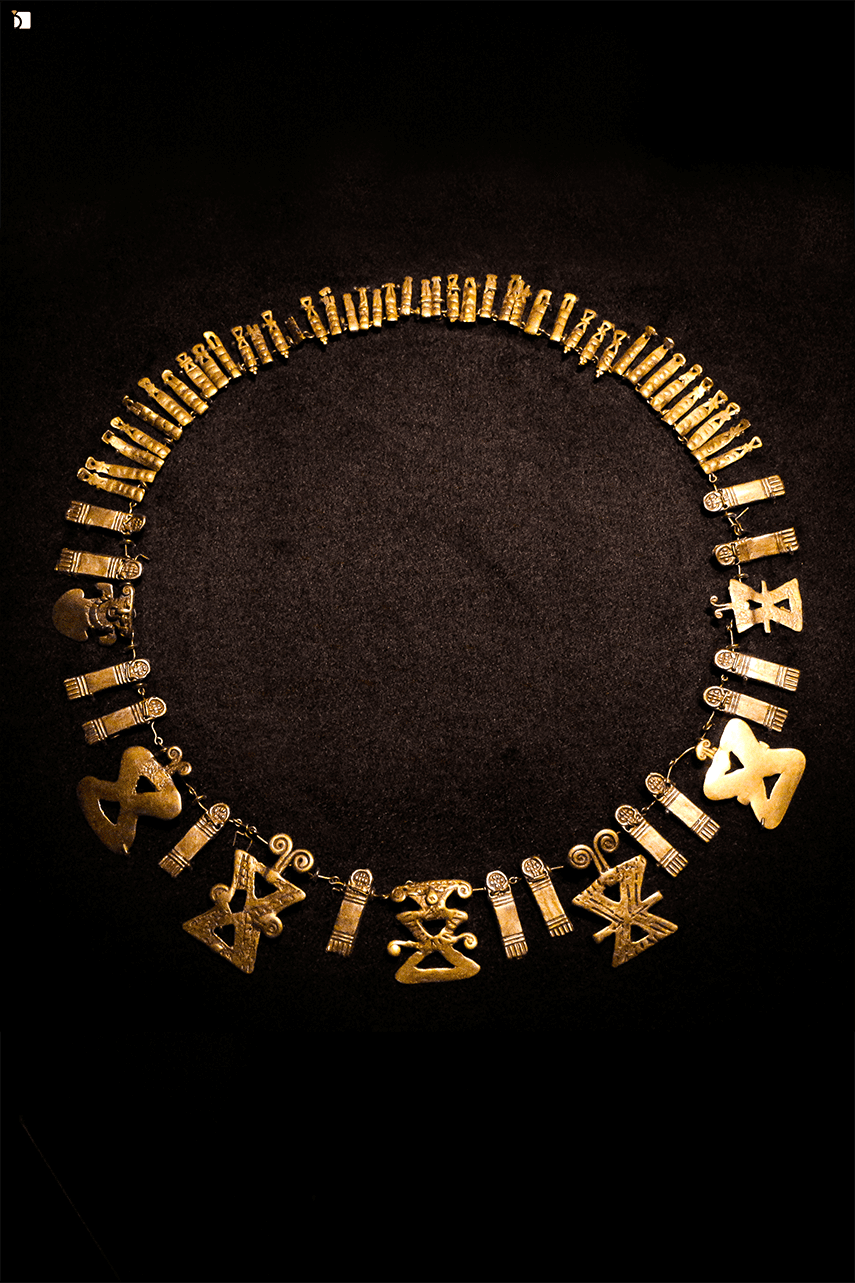 Andes civilizations specifically used gold in their clothes and accessories. For example, 13,000 pieces of gold were sewn into a very special poncho from Chimú, Peru. During ceremonial times priests would wear tunics made of braided gold sheets applied to cloth.

The Nariguera was of particular interest, which was a gold ornament hooked… to the nostrils!

Yes, Andes were über progressive with their accessorizing, taking it to the next level. A Nariguera might come in a ring shape, it might appear in the shape of a laminated disk, or even fan shaped.

Elite Andean figures wore pendants which depicted animals, or their local Gods and the most commonly decorated area of the body was the head. Precious metals were often used but so were feathers and other bright materials of color which created elaborate trimmings. The more ostentatious the ornamentation and trimming, the more respected the wearer was. Sculptures left behind in ceremonial places remain giving us examples of magnificent headdresses nothing short of meticulously crafted.

Rings were a rare thing in Andean culture, but examples of necklaces remain, one from Chimú which exhibits gold beads attached to eight deities in ritualistic-style poses. Amazing details! 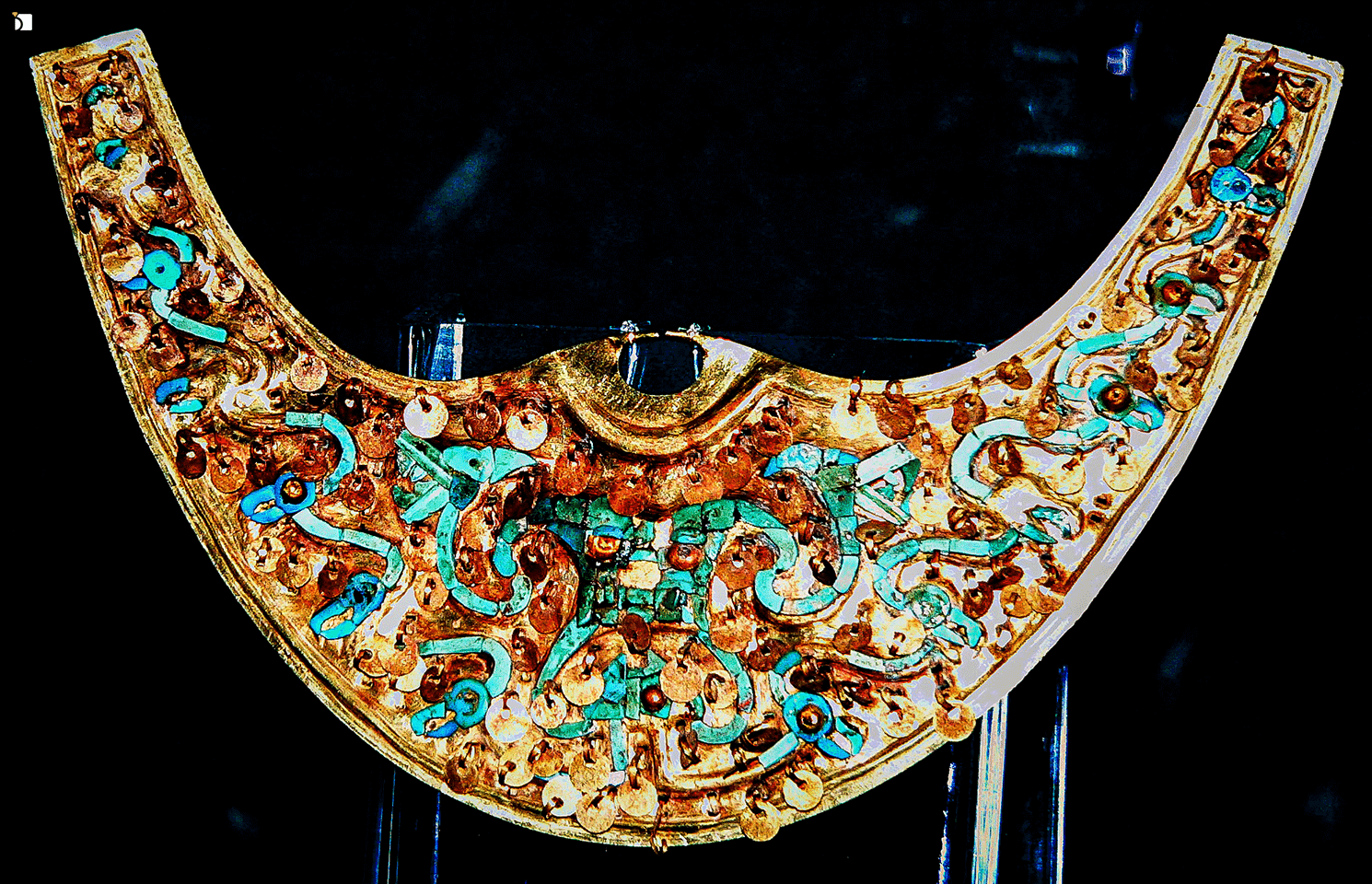 Artistic developments in jewelry making during the pre-Columbian era also took place in Mesoamerica (which includes modern day Mexico, Guatemala, as well as Belize and parts of both Honduras and El Salvador). There, magnificent monuments have been found, which the Spanish witnessed during the 1500s. This region was inhabited by the Olmec, the Mayas, Mixtec, as well as other groups, including the Aztecs.

Gold pendants, turquoise mosaic jewelry, quartz ear spools, and other examples of fine craftsmanship have been found in Mixtec grave sites. There are also a few examples left behind from the Aztec period which exhibit animal motifs — serpents especially. 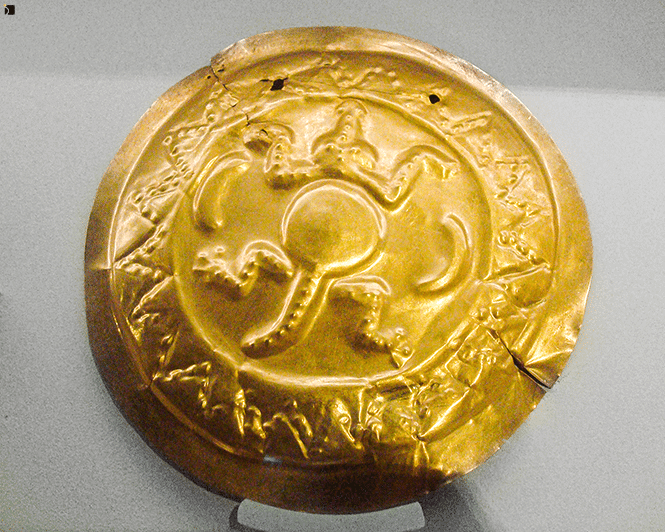 Ancient Central and South America contributed greatly to our rich history of jewelry and accessorizing. When it comes time to giving your jewelry, watches, and other accessories the TLC they need to shine through the ages, My Jewelry Repair is here with our iron-clad mail-in repair service.
Contact us today to learn more about our easy online jewelry and watch repair service!